From now on, the University of Applied Arts Vienna and the City of Vienna will award the Vanessa Preger-McGillivray-Prize for a thesis project from the Institute of Fine Arts. The prize is named after the student who was murdered during the terror attack in Vienna’s first district on November 2, 2020. Vanessa Preger-McGillivray started her studies in fine art at the Angewandte in autumn 2020. The prize should remind us of its eponym, celebrate the potentials of studies in art, provide a positive impulse, and reflect the hopes and perspectives of students for a life with artistic fulfilment.

Endowed with 3000 EUR, the prize will be awarded at the end of each winter semester. Upon a proposal by the diploma jury of the Institute of Fine Arts, the rectorate of the Angewandte and a representative from the Department of Cultural Affairs of the City of Vienna select a prize-winner on the basis of the submitted artistic thesis works. The awarding of the prize bestowed by the University of Applied Arts Vienna and the City of Vienna is initially secured for a period of four years.

„It’s an early winter evening and even though it’s not particularly late, the time has lent the sky an almost prematurely darkened cast“ 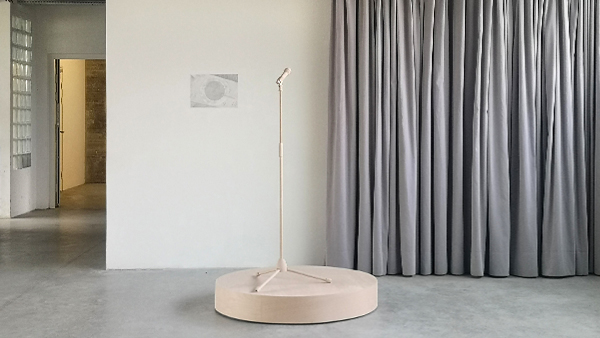 Maria Cozma convinced the jury with her work titled „It’s an early winter evening and even though it’s not particularly late, the time has lent the sky an almost prematurely darkened cast.“ “The thesis project by Maria Cozma has achieved a precise and poetic frugality, which is centred on absence, and thereby questions how we act and speak,” the diploma jury explains their decision. The jury was headed by Henning Bohl and included the teachers Judith Eisler, Gabriele Rothemann, Paul Petritsch, Hans Schabus, and Jan Svenungsson.