The Spatial, the Social, and the Sensorium 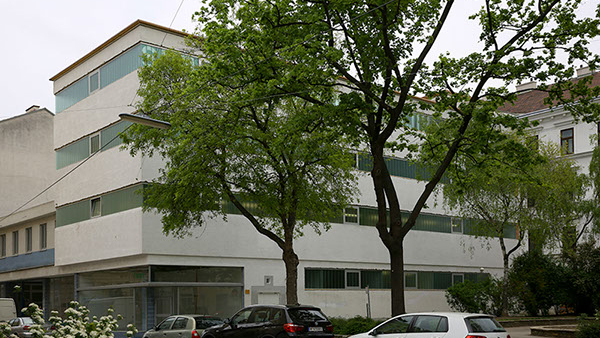 Choreographies of the masses in soccer stadiums, cultures of dwelling in housing blocks in the periphery, encounters with audio-visual artworks in the classical museum setting, activist interventions in public space, migration movements across Europe – the list of scenarios where the spatial, the social, and the sensorium condense is almost endless. In this Autumn School, we will approach this wide range of topics with very specific methodology. Thinking through the interdependence of the spatial, the social, and the sensorium aims at gaining new insights into how artistic and cultural practices connect to urgent societal phenomena, such as the search for identity, inequalities in urban policies, or the global economic crisis.

The openness of the topic facilitates discussions beyond disciplinary approaches, as questions concerning the spatial, the social, and the sensorium figure in many disciplinary fields: art, architecture, art history, anthropology, sociology, and media theory. The 3S also correspond to per se transdisciplinary research fields as for instance museum, urban and material studies. Furthermore, for the last years, they have informed major scientific changes: the spatial turn in the social sciences (Warf/Arias 2009), the social turn in art (Bishop 2008, Bradley/Esche 2007), and the material turn in feminist/queer theory (Bath et al 2013) and film/media studies (Birtwistle 2010). They have also inspired a nascent interest in artistic research, and ‘other’ forms of knowledge (Borgdorff 2011, Hirschauer 2008). In these shifting contexts, the Autumn School combines a series of divergent positions, critical approaches and contestations to discuss overall issues as the meaning of material matters, the politics of participation, or the knowledge of the body.

However, most assessments of politically engaged artistic and cultural practices still often privilege structural and content-based readings and tend to neglect their concrete spatial, social, and sensorial conditions in the analysis. This research gap is also symbolized methodologically when primary visual or discourse-oriented methodologies as image analysis or interviews in the arts and humanities prevail. Methods as for instance artefact analysis are still much less employed and need to be refined for the specific research context. The goal of the Autumn School is to investigate, transfer and apply theoretical concepts and methodological approaches on the spatial, the social, and the sensorium that prove useful to explore cultural techniques that render social situations significant, materially engaging, affectively intense, and thus powerful.

The Autumn School offers input on the 3S – the Spatial, the Social, and the Sensorium – with reference to individual project case studies, from the lecturers’ as well as from the participants’ side. Working with case studies provides an in-depth-insight into individual projects, while at the same time allowing to compare these projects in terms of their thematic focus, their research questions, their theoretical references, and their methodological approaches. Sharing and responding takes place in the form of lectures and presentations in the plenum on the one side, and in small group workshops and one-to-one tuition on the other side. A combination of collective and individual learning will help participants to further their individual projects, as it will provide them with general insights into the interdisciplinary fields targeted in the lectures and workshops.

A regular daily structure helps to establish a productive working routine. Each day starts with a morning lecture by one of the invited guests, and continues with a workshop that focuses on active discussions to trigger input from the participants’ side and to respond to their needs. Every workshop, held by one of the lecturers, is accompanied by a second lecturer, who contributes from the viewpoint of another research perspective. Later, the participants will discuss the proposed approaches and their applicability in different fields in the plenum. A common lunch at university makes it possible to continue inspiring discussions. In the consultation hour participants can meet up with their favourite lecturer to ask for personal advice in a near-by coffeehouse. The late afternoon offers individual work time to think, digest, write, reflect, and also to self-organise workgroups, informally and individually. The final day, programmed by the Art History department within the research project “A matter of historicity”, is structured as a series of lectures and discussions open to a wider public. A blog gathers the growing knowledge of the group day by day, and reflects the learning process. The Autumn School gives full recognition to the activities of the participants, who are awarded with 6 ECTS credits. Working language is English.

Henk Borgdorff, ‘The Production of Knowledge in Artistic Research,’ in: Michael Biggs, Henrik Karlsson (eds.), The Routledge Companion to Research in the Arts, London and New York: Routledge, 2010, 44–63.